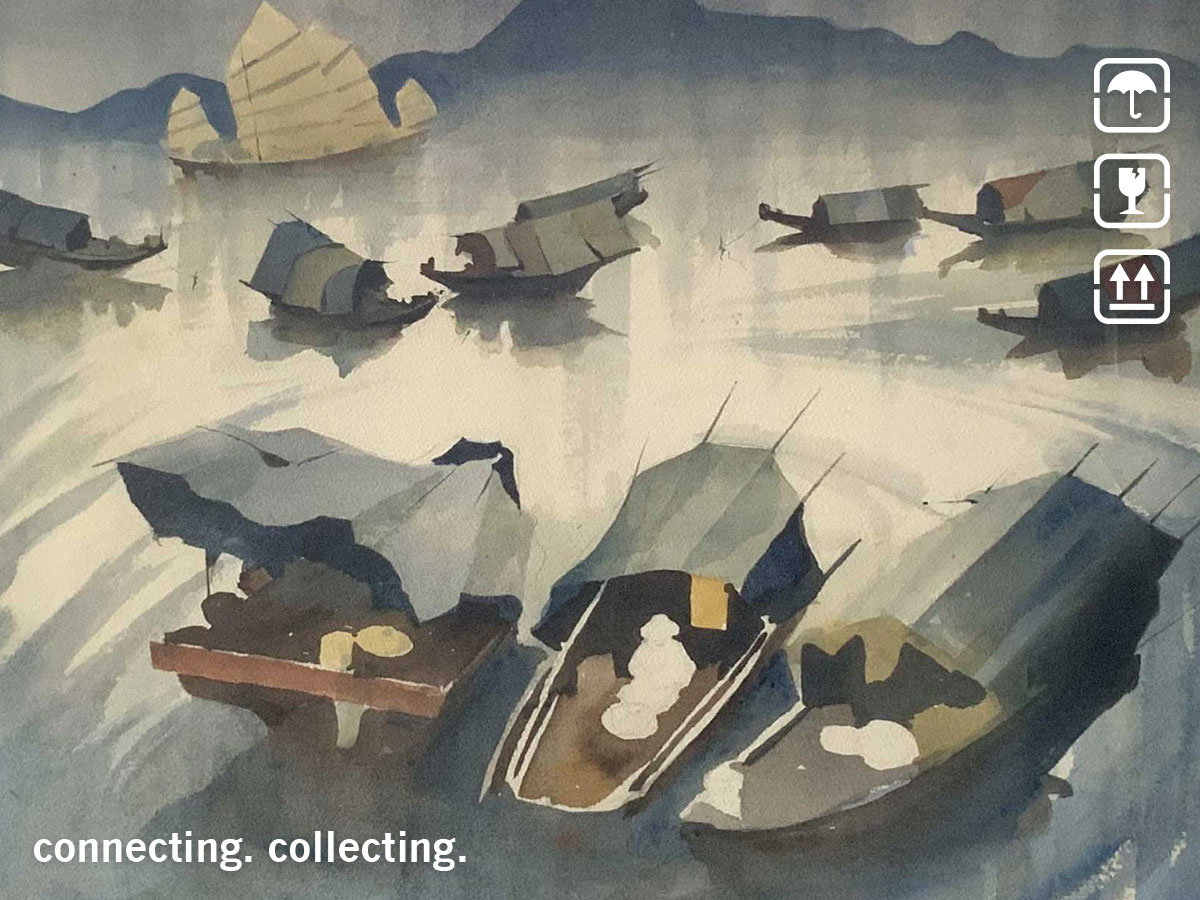 Art on Sunday! New work going LIVE tonight: a watercolour from Peter McIntyre’s trip to Hong Kong; a commemorative lithograph from Dick Frizzell; and two framed works from Abby Taylor. Abby is spending more time in her studio as she is not back at work, post Covid-19, so we are excited to see the outcomes, with these freshly framed editions of works we have previously listed.

McIntyre was born in Dunedin in 1910. He began studying at Otago University before dropping out and travelling to London where he was accepted at the Slade School of Fine Art. Following his graduation, he worked as a  free-lance commercial artist, his work including theatre productions, restaurant murals as well as serials for magazines. His own contemporary painting of the period was in the Cubist and English avant-garde styles.

This print was presented to Air New Zealand to commemorate the Regent of Auckland’s 5th Birthday on July 15 1990.

Life is very still in lockdown.

Ghost Horse by Abby Taylor, is from a selection of works call Still Life, made as part of a collaborative series with Gill Hay.

Abby and Gill have been swapping images for the duration of the Covid-19 lockdown. Abby has been interpreting contemporary still life with her photography practice, from everyday objects she collects from her daily walk, or repurposing items from the recycling bin.
View Newsletter
← Previous Post Next Post →

Subscribe to our newsletter and receive weekly updates on our latest listings, information on events and much more.